The app is available on Apple’s App Store on iOS or Google’s Play Store for Android devices.

After downloading, users will be met with details about what the app does and a privacy notice. The app will then ask for permission to use Bluetooth to carry out automatic contact tracing, as well as the ability to receive notifications, should someone you have been near report symptoms or have a positive test returned. Prompts will appear on-screen asking people to allow the app to access these features.

Next, you will need to provide the first part of your postcode, which is used to show the risk level in your local area.

When you visit a venue, such as a restaurant or bar, there may be a QR code that allows you to check-in at the business.

Does the app track my location?

No, the app does not request access to GPS features on your phone, meaning it can’t track your movements.

The only things the app will ask permission for is to use Bluetooth in the background, which essentially allows the contact tracing process to work.

It also needs notifications, to alert you if someone who was close to you has tested positive for the virus.

Does it work on every smartphone?

No. While the app is available on iOS and Android operating systems, it will not work on older handsets. Those unable to access the app are urged to continue using traditional contact tracing services instead.

The NHS COVID-19 app requires Apple iPhone users to be running the iOS 13.5 version of the firm’s software, released last year but available to devices several years older. The oldest possible iPhone device you can use it on is 2015’s iPhone 6s.

Users of Google’s Android operating system require version 6.0, which was rolled out in 2015, or higher.

Such a cut-off point exists because the technology used to power the app, including how Bluetooth is used to carrying out contact tracing, is only available in the later versions of smartphone software and cannot be supported on older devices.

According to Apple figures, 92 per cent of all iPhone devices it has introduced in the last four years globally are running at least iOS 13. An iPhone running iOS 13 is able to upgrade to the 13.5 version required to access the app.

A number of recently released Huawei smartphones, including the Mate 30 series and the P40 series, are also not currently able to download the app because those devices do not have access to Google’s app store.

Do I have to use the app?

No, the app is entirely voluntary.

Businesses have started displaying QR code posters making it easier for anyone entering their facilities to scan and check in, but venues are expected to keep a paper log for anyone not using the app.

What should I do if I develop COVID-19 symptoms?

If someone falls ill, they can tell the app which symptoms they have. This will then ping their keys to a central server and in turn send them off to all app users in search of a match. Should the system determine a person as a close contact, they will be automatically sent a notification and issued with further guidance.

What languages is the app available in?

The NHS COVID-19 app is available in: English, Welsh, Bengali, Urdu, Gujarati, Punjabi, Chinese, Romanian, Turkish and Arabic. There are plans to add other languages, including Polish.

What if I live in Scotland and Northern Ireland?

Scotland and Northern Ireland have their own apps, called Protect Scotland and StopCOVID NI respectively.

The Department for Health and Social Care (DHSC) says it is continuing to work with both the Northern Ireland Executive and Scottish Government to understand how best the apps could complement each other.

The UK is also working with other app development teams across the world to create an app that can be used even while travelling in other countries.

So, what if I travel to another UK nation or another country?

Apple and Google’s Exposure Notification technology will only allow the use of one official contact tracing app at a time.

So, without a common app or compatibility in other countries for the moment, you will need to change your Exposure Notifications settings to switch between apps.

Open the app for the country you are in, and turn on contact tracing within that app.

A prompt will ask if you want to switch – but be sure to switch back when you return home.

Do children need to use it?

I’m not allowed my phone at work, what should I do?

There is a toggle to switch contact tracing off when you need to, found at the bottom of the app screen.

This should help avoid any false positives when your phone is in your work locker and not on your person.

When switching the toggle, it will ask if you want to set a reminder for when it should be switched back on.

Will it actually make a difference?

The app has been pitched as an aid to contact tracing efforts.

NHS Test and Trace head Baroness Dido Harding has repeatedly said the technology is not a “silver bullet”.

“Our Oxford University analysis suggests that every pair of friends using the app has the potential to prevent an infection.”about:blankSelect LayoutSelect a layout to start with, or make one yourself.Template LibrarySkip

Save
Categories: Latest News and Announcements 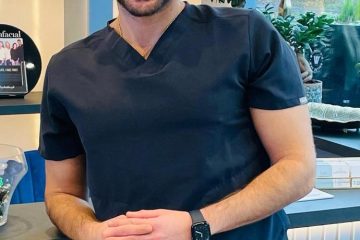 Sadly Dr Shaffu will be moving on to pastures new this week after seven happy years at Wilmslow Health Centre. We wish him all the best on the opening of his new Aesthetics practice, DR Read more… 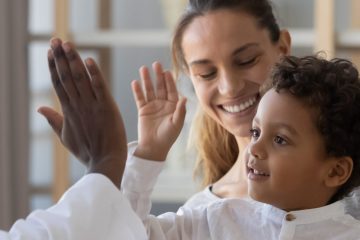 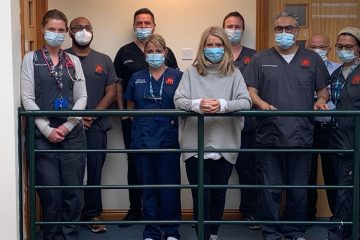 Over 7,500 appointments delivered in September

We use cookies on our website to give you the most relevant experience by remembering your preferences and repeat visits. By clicking “Accept All”, you consent to the use of ALL the cookies. However, you may visit "Cookie Settings" to provide a controlled consent.
Cookie SettingsAccept All
Manage consent

This website uses cookies to improve your experience while you navigate through the website. Out of these, the cookies that are categorized as necessary are stored on your browser as they are essential for the working of basic functionalities of the website. We also use third-party cookies that help us analyze and understand how you use this website. These cookies will be stored in your browser only with your consent. You also have the option to opt-out of these cookies. But opting out of some of these cookies may affect your browsing experience.
Functional
Functional cookies help to perform certain functionalities like sharing the content of the website on social media platforms, collect feedbacks, and other third-party features.
Performance
Performance cookies are used to understand and analyze the key performance indexes of the website which helps in delivering a better user experience for the visitors.
Analytics
Analytical cookies are used to understand how visitors interact with the website. These cookies help provide information on metrics the number of visitors, bounce rate, traffic source, etc.
Advertisement
Advertisement cookies are used to provide visitors with relevant ads and marketing campaigns. These cookies track visitors across websites and collect information to provide customized ads.
Others
Other uncategorized cookies are those that are being analyzed and have not been classified into a category as yet.
Necessary Always Enabled
Necessary cookies are absolutely essential for the website to function properly. These cookies ensure basic functionalities and security features of the website, anonymously.
SAVE & ACCEPT
Social Share Buttons and Icons powered by Ultimatelysocial