Local businessman Ron Stratton has worked with clinicians and Statisticians at NHS Blood and Transplant and funded a ground-breaking App designed to help patients understand the risks and benefits of transplantation.

Over 15 years ago, Ron, who lives in Alderley Edge was suffering from end stage liver failure due to a genetic condition. He successfully underwent a Liver transplant at one of the best liver units in the country, Queen Elizabeth Hospital, Birmingham.

Once he recovered, he felt that, despite all the information and help given, he would have liked more information about the risks of transplant and what he could expect in the aftermath. What were his chances of receiving a donor liver? What kind of complications could occur after the transplant and what was the likelihood of longer-term survival?

Liver Units were able to provide ballpark figures but not individualised predictions. So Ron worked with clinicians and statisticians at NHS Blood and Transplant to develop a tool that could be used to provide such information in a very clear and easily understandable manner. Patients, as well as health care professionals were involved in assessing the tool to ensure the wording and figures were clear and appropriate and invaluable for potential transplant patients.

Ron gave of his time, his own money and also helped to secure a significant grant from the Queen Elizabeth Hospital (Birmingham) Charities to complete the mammoth project which was 10 years in the making. This, he felt, was a good way of saying thank you to the donor of his own transplanted liver, the donor’s family and the NHS health care professionals who all enabled Ron to enjoy such a full life after transplantation. Ron Hopes that potential transplant patients across the country will be helped by the app to make such important decisions about their care will the most accurate information available to them.

“Despite his serious illness, Ron has been tireless and enormously generous with his time and resources in developing this much needed App which will be invaluable to both patients and clinicians alike. The App is now being developed further for use in other organ transplants and will go on to help even more patient up and down the country. Wilmslow and the NHS are lucky indeed to have benefitted from Ron’s generosity and leadership and generations of patients are set to benefit from this amazing app,” said Dr Amar Ahmed, Ron’s GP at Wilmslow Health Centre. 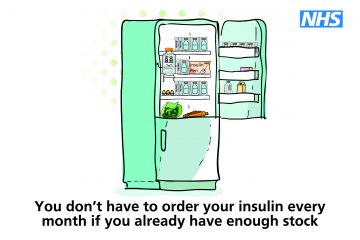 Please find below a message from our NHS waste campaign on how to order insulin responsibly. Always check your stock of insulin before you order more. Only tick or request the insulin you will run Read more…

Please find below a message from our NHS waste campaign on how to order inhalers responsibly. Always check your inhaler stock before you order more. Only tick or request the inhalers you will run low Read more… 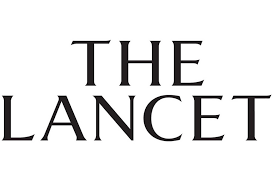 Dr Ahmed in The Lancet today

We use cookies on our website to give you the most relevant experience by remembering your preferences and repeat visits. By clicking “Accept All”, you consent to the use of ALL the cookies. However, you may visit "Cookie Settings" to provide a controlled consent.
Cookie SettingsAccept All
Manage consent

This website uses cookies to improve your experience while you navigate through the website. Out of these, the cookies that are categorized as necessary are stored on your browser as they are essential for the working of basic functionalities of the website. We also use third-party cookies that help us analyze and understand how you use this website. These cookies will be stored in your browser only with your consent. You also have the option to opt-out of these cookies. But opting out of some of these cookies may affect your browsing experience.
Functional
Functional cookies help to perform certain functionalities like sharing the content of the website on social media platforms, collect feedbacks, and other third-party features.
Performance
Performance cookies are used to understand and analyze the key performance indexes of the website which helps in delivering a better user experience for the visitors.
Analytics
Analytical cookies are used to understand how visitors interact with the website. These cookies help provide information on metrics the number of visitors, bounce rate, traffic source, etc.
Advertisement
Advertisement cookies are used to provide visitors with relevant ads and marketing campaigns. These cookies track visitors across websites and collect information to provide customized ads.
Others
Other uncategorized cookies are those that are being analyzed and have not been classified into a category as yet.
Necessary Always Enabled
Necessary cookies are absolutely essential for the website to function properly. These cookies ensure basic functionalities and security features of the website, anonymously.
SAVE & ACCEPT
Social Share Buttons and Icons powered by Ultimatelysocial